Maybe you’re craving a delicious bowl of cereal for breakfast or an easy snack. Or, maybe you want to whip up a batch of Chex Mix – that fun party time staple that everyone loves grabbing a handful of to munch on. Either way, we’ve got excellent news for you…

We love when we can confidently tell you that a food is gluten free! Chex is one of those foods that is gluten free! (The only variety that isn’t is Wheat Chex.) Chex cereals come in a whole range of flavours and varieties, such as: Cinnamon Chex, Chocolate Chex, or even a limited edition Peanut Butter Chex! (Oh, I’m drooling at the idea of that last one!! You could mix Chocolate Chex with Peanut Butter Chex and then top with a sliced banana! Delicious!)

Starting in 2008, General Mills began producing Rice Chex as the first mainstream gluten-free cereal in North America. Now, a total of 7 out of 8 of their Chex brand cereals are all guaranteed to be gluten free! (The only variety that is NOT gluten free is Wheat Chex.) That is pretty exciting for all of us who need to eat gluten free for health reasons, be it Celiac disease or a gluten intolerance.

Is Chex Mix Gluten free? No!

A warning to you: Manufactured bags of Chex Mix are NOT gluten free. This is because it includes gluten-containing snack foods like pretzels. (But don’t stress, pretzels like these ones by Glutino are gluten-free and taste awesome!) So – make your own Chex Mix instead – use any variety of Gluten free Chex cereal as the base and try out this delicious recipe for Gluten Free Chex Mix. You can still safely have your favorite snack, but just by making it at home.

Chex cereals ARE gluten free! The only one that isn’t is Wheat Chex. But, pre-made bags of Chex Mix that you buy in the supermarket are NOT gluten free! But, we’ve given you a link to an excellent recipe so that you can make your own version of Chex Mix safely at home, and perfectly gluten free.

This post may include affiliate links. This means we may earn a small commission on sales, at no additional cost to you. Thanks for supporting GlutenFreeTree! 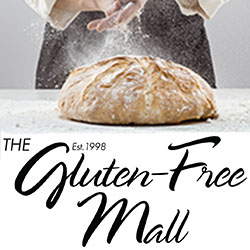